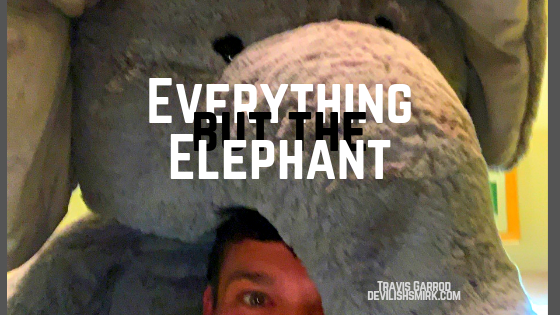 Distraction is the Main Attraction…Still…

His name is Mueller. He’s the elephant in every room, everywhere, sitting in the corner, staring in a mirror. Everything else is distraction.

Mueller is watching the past unfold, beyond his reflection.

New sets of chips fall one right after another. A new picture is forming when it comes to U.S. history. It’s not as clear as it could be, but it’s markedly different than it was, albeit, more recognizable than I remember.

Ladies and gentlemen, what you’re seeing is the difference between fuzzy recollections and completely false retellings of stories that were never rooted by facts in the first place.

According to the past I remember, the present is far more messed up than my ability to imagine messed up things. Today’s reality doesn’t seem realistic to me, but it’s the only reality that binds us all together.

Technology has enabled us to get at least a few things right. On the flipside, it’s also allowed us to get a lot more wrong.

Technology is useless at the expense of human decency resulting from the breakdown of interpersonal communication. As beneficial as it can be, it can dangerously reinforce the disdain we have for one another.

The Elephant In Every Room

I can’t remember the last thing our government actually solved. Instead they are masters of flipping the narrative, pivot messaging, and mud slinging.

They do this long enough for people to forget they were arguing in the first place – until it happens again, whatever it is. That’s politics, kids. Politicians will say (or not say) anything for the vote.

Suddenly, you’re 44 and nothing has changed since the day you were born.

That’s what happens after decades of misinformation and manipulation pile on top of one another.

It’s time the U.S. Government quit playing games with its citizens and their emotions. The past is always repeating itself.

Whether or not the democrats can pull off a 1992 Clinton-era upset of a one-term president remains to be seen. The 2000 and 2016 elections prove one thing: republicans don’t need popularity to win.

What happens after democrats (Presidents Bill Clinton and Barack Obama) serve eight years, that they can’t close the gap between the popular vote and the electoral college?

The 2020 Election is for the democrats to lose. Maybe try focusing less in more populated areas and connect with the vast area within our borders, between the coasts, without losing sight of Alaska and Hawaii.

The Media is Full of Whores

I think the media in the United States – coupled with our government – shares one grand manual surrounding one, simple directive: Distraction. Both have excelled in a way only possible in America.

It’s absolutely ridiculous that anyone announce anything related to running for the presidency of this country.

This country is still waiting for signs of life from the campaign promises that led to democrat wins last year!

The barrage of 2020 presidential candidates feels like a curtain call of Oscar contenders. Similar to this year’s Oscars, there’s no host to be had.

Much of our government is mired in controversy. Yet candidates still have their hat in the ring, while nobody does their current job. They’re too busy either running for president or talking about those who are.

There have been 17 total (so far) on the democrat side; the same number of candidates the republicans had going into the 2016 primaries.

But they aren’t talking about that anymore. They’ve moved on. Far be it anyone have conviction these days.

I’m pulling for you. You all sound like great leaders!

Collusion is the New Illusion

What does Russia have to do with any of this?

When I lay it all out, take a step back, and absorb it for what it appears to be, a revised scenario becomes visible.

Just below the surface is a scenario that’s widely more expansive and, as ridiculous as it sounds, begins to make sense.

The only controversy that matters in the USA, right now, is the distraction itself. Nothing we see in the media is by accident. There’s no such thing as “by accident” anymore. Things don’t happen by accident, especially anything you haven’t seen with your own eyes.

The truth is well on its way to the surface but, like Karma, she’s on her own schedule. We’re simply blessed to see highlights of things she discovered along the way.

Paul Manafort, Roger Stone, Jeffrey Epstein, Jussie Smollet, Robert Kraft, Colin Kaepernick…is it possible these aren’t entirely separate stories? Can any of them be taken at face value, or do they represent something bigger? Something classified?

What happened to our country after Justice Scalia died? What investigations are ongoing that aren’t front and center?

The Trump Card is The Joker

It will be interesting to learn whether or not Mueller’s investigation yields unsavory outcomes for the president and his family.

It’s no wonder they prefer trophy hunting abroad, rather than deal with the elephants lining the walls of their ivory tower.

The entire charade is on the shoulders of one man. His name is Mueller, and he is the elephant in every room.

The past two years feel illegitimate enough. Part of me thinks the 115th congress couldn’t do anything with the results of Mueller’s investigation. But now that the 116th congress is in full swing (national emergency and all), it’s time to act like we have one. Because we do. It’s just not about a wall along our damn border.

It’s theoretically impossible for us to progress as a country until Mueller is done. Let’s wrap it up, people.

To our do nothing government:

I’d like to introduce you to your new best friend, the heavy weight of the world.

That’s not to say we haven’t wound up in situations of others’ making. We have a word for those in life: Curveballs.

One can only hope that the today’s headlines and the public discourse (the better part of the last 40 years), results in something meaningful.

At least meaningful enough that we don’t have to repeat whatever the hell is going on currently. Time will tell. It’s clear nobody in Washington can do anything about it. 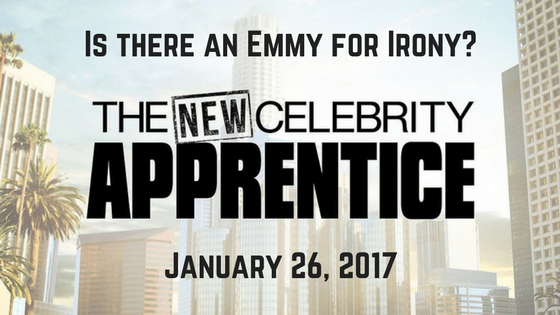 As it stands, President-elect Donald Trump will be inaugurated as POTUS on Friday, January 20, 2017.

The New Celebrity Apprentice will premier on Thursday, January 26, 2017.

Basically, it’s the eighth season of The Celebrity Apprentice formerly hosted by Donald Trump. Arnold Schwarzenegger has little gloves to fill as the franchise’s new host.

Your guess is as good as mine as to which one is actual reality. Neither. What a world we live in. What a week! Be kind to others. Make a stranger smile.

Avoid bad news this weekend as best you can. Try and relax. Fuck the political bullshit…for now. Live.

Have a peaceful weekend,
Travis

…neither of these boys. 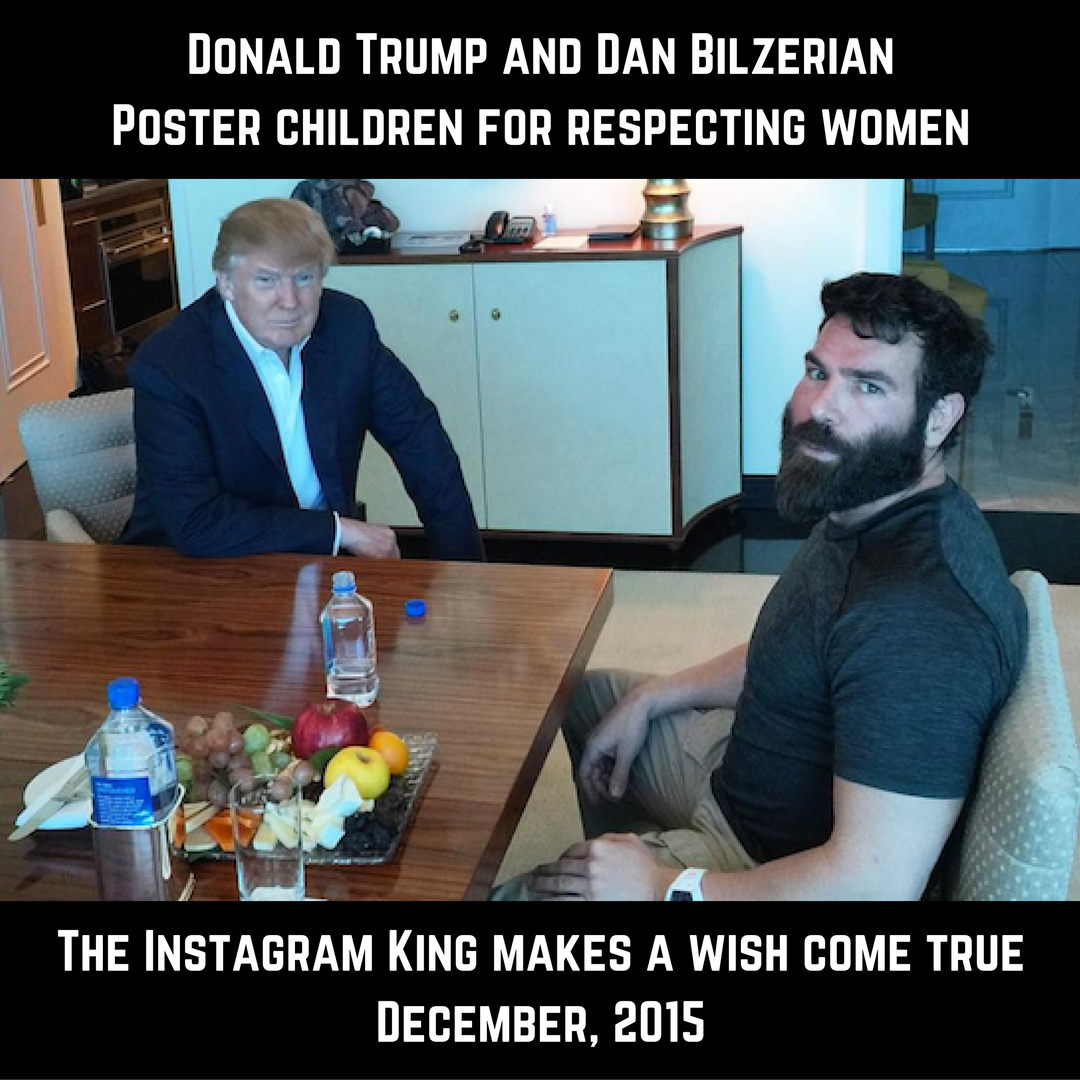 A picture is worth a thousand words. If you wonder just how much Donald Trump respects women, spend a few minutes learning about his buddy, Dan Bilzerian.

They have a lot in common, except Dan actually tried to join the military, not dodge it. He attempted to become a Navy Seal, but never became a Navy Seal.

Birds of a feather… 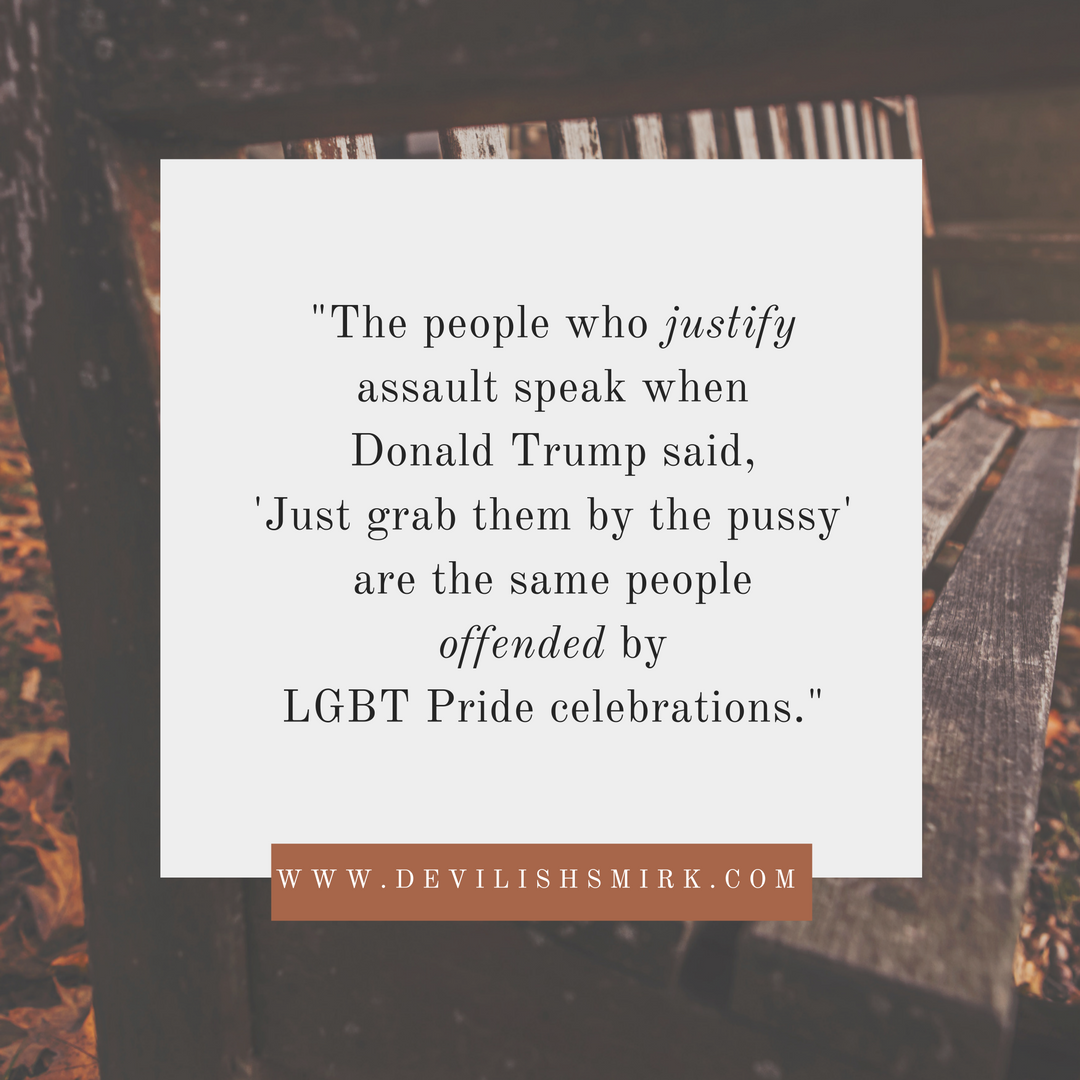 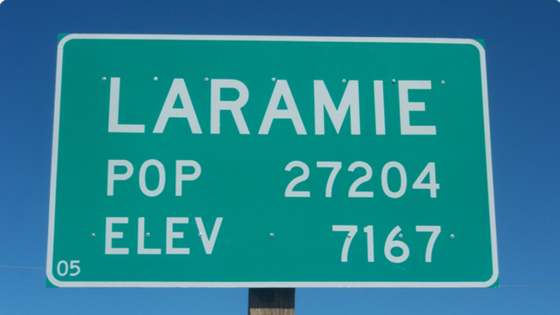 Matthew Shepard won’t celebrate his 40th birthday on December 1, 2016. He hasn’t celebrated his birthday for 18 years.

Cause of death: Homicide

On October 6, 1998, Matthew, 21, was lured from a bar in Laramie, WY. He thought he was getting a ride home. Instead, he was driven to a rural area where he was beaten, tortured, tied to a fence, and left to die. A cyclist discovered him 18 hours later. What he thought was a scarecrow, was Matthew in a coma.

Matthew died on October 12, 1998, the way no human should. He passed away laying in a hospital bed in Fort Collins, CO. 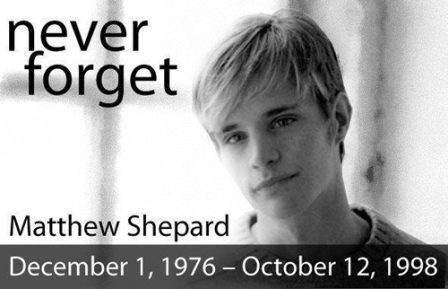 Matthew was murdered because he was gay. Aaron McKinney, 22, and Russell Henderson, 21, are serving life terms. They deserve it.

What they didn’t deserve was growing up in a country whose government politicizes civil rights by planting deep seeds of discrimination and hate toward fellow Americans who are diverse in different ways.

Two administrations later, we spend money faster than technology evolves. Yet, our politics traveled back in time.

Both parties are guilty. The LGBT was ignored by one and attacked by the other. At least attacking acknowledges existence. Without the attacks, would we still be ignored? But, President Obama pushed a lot harder and made a little more progress.

I get it, it’s a process. A slow, slow process.

The Great American Hypocrisy: All lives will never matter.

As long as civil rights are politicized, America will remain a nation of enemies. Fear leads to discrimination. Discrimination leads to hate and so on.

To all the do nothing politicians.

There are countless combinations of the civil rights menu and we have two options?

How many more sessions will you challenge Roe v. Wade? How much money do you have access to? Now you want to repeal gay marriage? Deny hospital visits to my partner…my family? You want to spend money on conversion therapy? Oh, now I can be fired?

Talk about setting a precedent – which is exactly why civil rights should not be political.

Being gay isn’t a choice! You know what is a choice? Taking bribes. Adultry. Lying. Living your life in the closet. Homophobia. Religion. Ruining your family. Ruining my family.

Tell you what, fix our schools. Fix healthcare. Fix wages. Enable parents to be parents. Give Americans a real chance. Quit preaching fiscal responsibility while killing your citizens and flooding the world (and your basements) with taxpayer money.

I’ll tell you what we’re all.

We’re all sick of your bullshit politics.

And stop accepting bribes. Dig deep and find your merits – run on those. Actually do something for the people.

The establishments are in stalemate.

It’s simple. Either we’re all created equal or we’re not. Which is it? At least answer that. I know what you’re going to say. We all…what? Matter? Are equal? What? Spit it out.

You keep wasting our time and money playing tug o’ war with civil rights. If you want to argue civil rights, practice law. Otherwise, be the legislative, public-serving representative you signed up to be.

It wasn’t until 2009 when Congress passed The Matthew Shepard Act which President Obama signed into law. Matthew’s gruesome murder would finally be considered a hate crime. It took 11 years.

The 2016 GOP Platform is nothing short of horrifying. If you haven’t seen it for yourself, it’s right here.

There are no parties. The choice is conscience. Next month is not the time to leave America’s future to chance. Next time there will be more options.

Let’s land the plane, refuel, and continue the work that needs to be done.

Not voting is not an option. Take a stance!

A Note to Matthew

Matt, I was 24 when the world learned what happened to you. Your life inspired and motivated LGBT movements across the planet.

If you were born the day you died, you’d be casting your first vote in a historic election in November when the U.S. elects its next President.

Your sacrifice brought awareness of a hatred that makes anyone a vulnerable target.

We won’t let you down. Not anymore. We’ve evolved. We continue to evolve, albeit slowly.