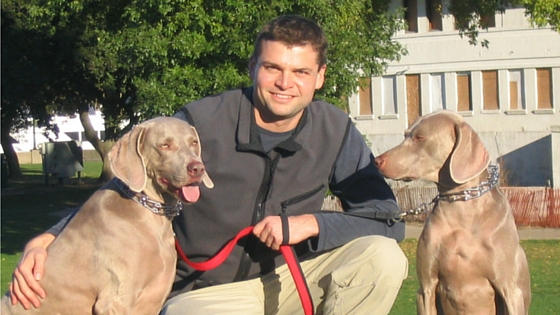 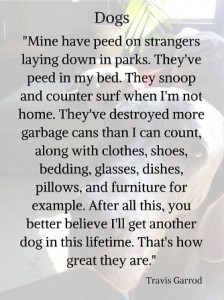 I love dogs. If it weren’t for my allergies, I think I would dig cats too. Pets add so much to our lives, I can’t imagine my life without them.

Denver was my first Weimaraner and he entered my life in 1999. He lived until the age of 12. He had a brain tumor that we treated with medication, but he was laid to rest in 2011. He was the athlete. I tell his story here which also includes how my second Weimaraner, Marco, entered my life in 2001. They were biological brothers from different litters.

Marco was the sweet baby boy. Denver was 2.5 years old when Marco was a puppy so Marco could never keep up. Denver was all he knew and he followed him everywhere.

Marco was 14 when he was laid to rest in early 2016. He had surgery in October 2015 which I believe extended his life a few more months. When he started to go downhill, it happened fast.

Bella was born on January 30, 2016. I’ve had her since the end of March. I wasn’t exactly looking for a new puppy when a friend sent me a link that led me to her.

As for other ‘Things that Poop’, I’m referring to other peoples’ pets, kids and animals in general – anything that poops or is poop.