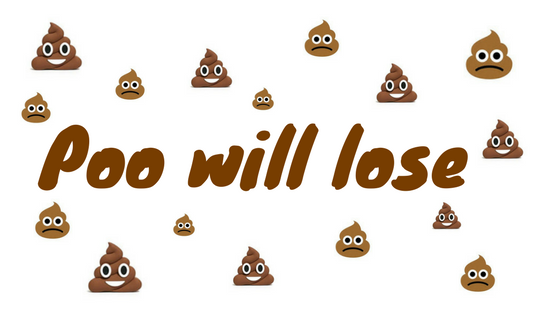 I am really glad I’m not a toilet. Who knows where the hell I’d end up, how much shit I’d swallow, or how many diseases I’d host and pass without even knowing.

People line up to use toilets, often not caring about the crappy chaos and splatter piss. Toilets deal with shit and piss all the time! The only break (if you call it a break) a toilet might catch is a little cocaine, or a senseless argument over genitals, but, at the end of the day, a toilet is a toilet.

I’ve been mistaken for a toilet before and all I can say is, screw that!

People can be awful a lot of the time. They do dipshit things to anyone, anywhere, anytime.

It boggles my mind when someone thinks they can do no wrong even after discreetly wrecking a marriage (or two) and (possibly) the heart of a child.

It’s especially rich when people change their convictions based on which way the wind blows. Abortion is the first word to comes to mind, but this is America so you know there are others – many others.

Ever the optimist, I believe humanity will prevail, but we have to start prevailing. That means, grow up. It’s time.

This brings me to a dream I had last week. I have a tendency to forget my dreams. This time, however, the shit stuck.

This dream took place in a bar. Within the bar was a giant toilet. However, the bowl itself was somehow bigger than the planet.

Welcome to the shit show!

I don’t know how I ended up with a job at a local bar supporting toilets, but I was on plunger duty. You can imagine my face when way too many pieces of shit rolled through the door.

I knew I was in for a night to remember.

The influx of shit was due to a scrappy poster advertising an unrefined contest they could see from outside. The poster listed a vague prize. It was a simple word – treasure – all lowercase, written with glue and silver glitter.

It sounded like something sponsored by the NFL. Toward the bottom of the poster was a scribbled guarantee; an opportunity to live the most fulfilled life and make a difference in the world for one winner.

How the shit coincidentally stumbled across this opportunity is anyone’s guess. Life doesn’t always make sense. But, we’re not here to talk about life. Today, we’re talking about shit.

The goal of the contest was to be the smallest piece of shit. You see, shit knows what it is so the strategies were lame. Rather than explain why they were the smallest, they focused on convincing the judge that the other pieces were bigger.

Blinded by slinging shit at each other, none of them noticed they were in a toilet bowl of global proportions. The judge watched as things got ugly fast. The water became cloudy and a warning light started to blink rapidly.

Shit was taking too long and the judge had to intervene. Tired of what he’d witnessed, he ripped a page right out of the Shitty Strategies playbook.

The word on the page was “loopholes” and that sounded close enough to “flush” for the judge.

The dirty water in the big bowl started swirling. All the shit suddenly started exposing how big each piece was! It stepped all over itself and got all smashed together and skidded up the sides. The shit was riding up each other’s backs and tried plugging the toilet with smaller pieces as it all started to break apart.

Not one of the pieces of shit sacrificed themselves to save the others. None of the shit survived. In fact, none of them ever resurfaced. It was as if the bar never opened that night.

Nobody ever heard of that contest again. Nobody even wondered about a new venue. By design, the contest only appealed to shit to begin with and that’s the crux of the problem. It’s not a contest that can be advertised because it attracts the wrong contestants. As it stood, the contest that night was a once in a lifetime thing.

I woke up the first time

I remember waking up swimming laps in a cold toilet. Then I was enveloped in complete darkness. Suddenly I felt surrounded by pool toys all around. I started getting hit in the head with fresh crap while treading water as I yelled “SHIT!” over and over.

I woke up the second time

There was an envelope in my lap that said “Super Toilet Bowl Criteria for Winners” I opened it to find a torn piece of lined paper out of a miniature sized spiral notebook.

It read, “Sole winner? Are you joking? In this contest there are only losers. Pieces of shit will always lose. If you don’t want to lose, don’t be a piece of shit. Prize to be shared with all non-losers.”

In that moment, I realized the contest wasn’t over. Not yet, but it could be over at any moment and I didn’t want to be a piece of shit when it was done.

What nobody understood was everyone, everywhere was in the contest all along.

I woke up for the third and final time

My skin was clammy as my body was covered in a cold sweat and my ceiling fan was on high.

I was laying in bed and my pillow was soaking wet. My shirt looked like I just left a water balloon fight and jumped in bed. My sheets were drenched.

I was cold and uncomfortable and in the dark. But, at least I was safe.

In that moment, I realized a simple truth: Live your life, but don’t be a piece of shit!