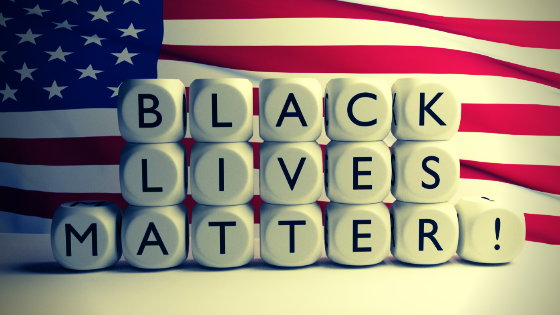 It is about millions of people who are in pain that I will never know. I do not have to know them to know they’re in pain because I don’t deny that their pain exists. I know it exists. I see it. I hear it, now more than ever, and it breaks my heart.

I will never know their pain because being white comes with privilege. White privilege is a sentiment that makes some white people extremely uncomfortable. So uncomfortable, in fact, they get massively upset when confronted with the claim that they have it. They say that just because they’re white, doesn’t mean they don’t have problems. Yes, that’s true, we all have problems; I’ll give you that.

Would you concede that the statement is true?

Were you ever surrounded by kids on an elementary school playground, all of them teasing you and calling you chocolate chip?

That’s a true story, by the way. It happened to a girl in my third-grade class. It is one of my earliest life lessons that the color of my skin, something entirely out of my control, spared me from a specific type of ridicule.

I have no shame admitting I have privilege because I do. That’s not to say my life is easy. One doesn’t automatically equate to the other. It’s just a simple fact that my life hasn’t encountered extra obstacles because of the color of my skin. That’s it.

I grew up with the benefit of seeing successful, high profile people of color influence the culture around me. That could be a contributing factor for why some people claim racism is a thing of the past, as if Lyndon B. Johnson signing the Civil Rights Act in 1964 magically ended racial tension.

Just because Beyoncé slays, and Obama served two presidential terms, does not mean that people of color are on any sort of level playing field. Despite their respective achievements, both are on the receiving end of some of the ugliest racist vitriol from people who exist among us. All because they are black.

Nobody can speak racism out of existence. Denying its existence will not make it go away. Racism must be plucked from the fabric of society with intent and action. Being aware of it and adjusting how we behave toward each other does.

The worst thing that happened to me in the last 48-hours is that my dog wet my bed and my feet got wet. I was stripping my sheets and doing laundry by 5:30 a.m.

I have been pulled over by the cops more than five, but less than 10 times in my life. Not once was I ever afraid of the forthcoming encounter. Annoyed? Yes. Upset? Absolutely. But scared for my life? No. Never.

Most of those stops resulted in nothing more than a warning. I have received a couple speeding tickets, and only once did I wind up in handcuffs, but they allowed me to have my hands in front of me after complaining enough.

To say that all lives matter is willfully ignorant. It is a spoon full of sugar to make a turd taste better. It is throwing a dry sheet over a mess on the floor and calling the room clean. It is outright denial. To say all lives matter is a lie. It’s bullshit avoidance of an uncomfortable topic.

Empathy and understanding are not terrorist organizations.