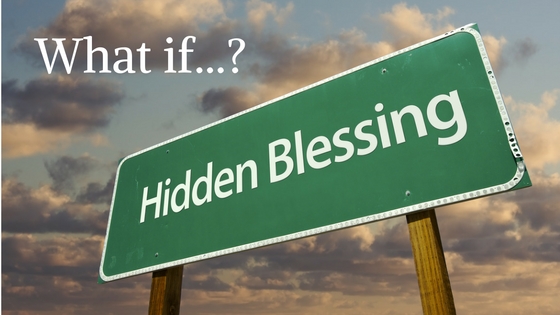 Americans Lost Control of America a Long Time Ago

Government of the people, by the lobbyists, for selfish reasons has been the U.S. mantra for decades.

For the record, I’ve identified as Republican most of my life, but I never thought I’d feel this ashamed. Not because of what Republicans were, it’s what they’ve become.

There’s a huge disconnect between the ‘Republican’ people think they are and the Republican party they support. 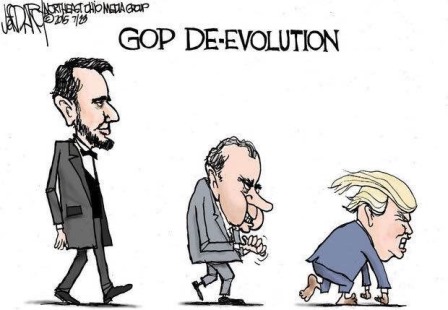 Dog food is bland, predictable, and rarely changes. Brands market flavors, but they’re basically the same. Variety comes in scraps. Whenever ignored or left unattended, dogs eat anything they want.

Politicians have failed America and Americans are failing each other. We don’t know what we don’t know, but we’re damn good at pretending we do! We’re all sure of one thing: The other candidate is more corrupt!

Good politicians are mostly useless in this twisted bundle of knots. Americans become angrier as power trumps policy and money keeps the U.S. in a federal and state government stalemate. 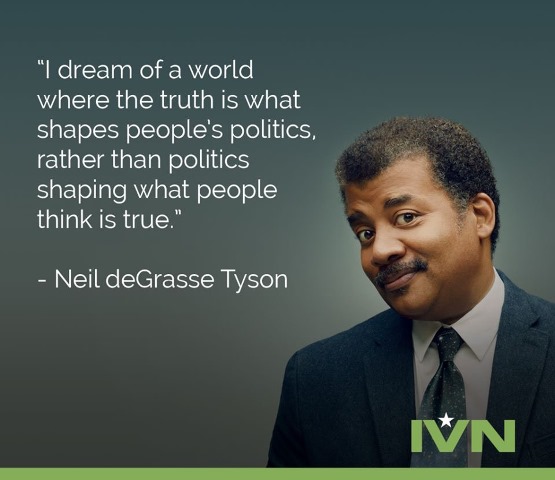 Too many Americans don’t believe in our political system. Too many don’t care. Many voters will shrug their shoulders and choose whomever they consider the lesser evil. It’s pathetic.

Show me the Money!

Remember President Obama’s early first term trade deal with Panama? It seemed shady at the time. Within the past couple years, a small, important bribery case flew under the radar.

For more context, here’s a related post: The Three Ring Circus of Crime.

In December 2015, Garcia was sentenced to 22-months in federal prison. In February 2016, the SEC fined SAP $3.7 million under the Foreign Corrupt Practices Act.

When pleading guilty, Garcia called the bribe “necessary.” Interesting. Has the global corruption nut been cracked?

Supposedly, ongoing investigations involving SAP continue. Is this related to The Panama Papers? We haven’t heard much about those recently either.

Making Sense of the Nonsensical

Trump has the GOP in a choke hold. Permanently smug, he’s exposing everything the far-right believes, unfiltered, while the ‘old guard’ silently watches the controlled demolition of their party.

When you think you’ve heard it all, he gets worse.

Trump wants to win like anyone wants antibiotic resistant gonorrhea.

Within a year, Trump evolved from barely decent to indigestible and was the only candidate standing for the last nine Republican primaries.

Since being nominated, Trump’s earned more Republican endorsements for Hillary Clinton than her campaign ever could. 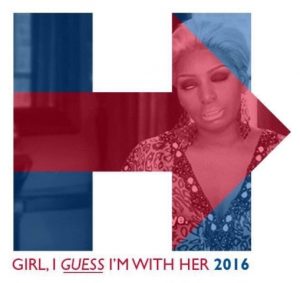 Is America having a Political Intervention?

How are Americans supposed to elect a president when they’re united by fear and deeply divided by lies? Give them an obvious choice: Trump vs. Clinton. We’re either in purgatory or political intervention and I assume we aren’t living a real life version of Lost.

An intervention makes sense. Cash-susceptible hypocrites who have no business in public service plague both parties. In a shameless quest for power, our government became lobotomized by lobbyists. It’s about money bundled in a web of conflicts of interest.

Unless the cycle is broken, the U.S. will spend its way to oblivion. Until the web of corruption is unraveled, nobody – and I mean nobody – can claim fiscal responsibility.

A Tale of Two Extremes. Most Americans don’t identify with a major party. You’re either Pro-war or a terrorist; fiscally conservative or a communist; racist or Black Lives Matter; for the 2nd Amendment or against it. Party support can be about a single issue – many of them social and unnecessarily political. Basically, you cannot support the LGBT and care about national security. Excuse me?

Stuck in the Middle. The majority of voters rest somewhere between the two major parties. One-by-one, issues take center stage highlighting problems that shouldn’t be political. These are the issues that sway the middle who ultimately decides which party holds the presidency.

To Hell with a Third Party (this time). Many Americans desire a third party – one that knows the role government should play in our private lives and prioritizes accordingly. One that’s socially liberal and fiscally conservative; one that doesn’t squander funds in an endless war against boogeymen who have the home of the brave living in constant fear.

The only candidates participating in the first presidential debate are Trump and Clinton. If that doesn’t tell you voting third party is a wasted effort, nothing will.

Distraction is the Main Attraction. When perception’s reality, the truth is irrelevant. It’s either incredibly telling or massively insulting how U.S. media ignores anything other than the election. On any given day at least half of the top headlines on most ‘news’ sources are about Trump. You won’t find world, business, technology, economic, or political news unless you dig. Significant M&A activity is occurring within major industries around the planet, but you wouldn’t know it if you live in the U.S.

Do you know anyone affected by the VW diesel emissions scandal? What about Lockheed’s $400 billion F-35 logistics system fiasco? Did congress just approve over $1 billion arms sale to Saudi Arabia while Obama, on Friday, vetoed a law giving 9/11 families the right to sue Saudi Arabia?

Sacrificing the GOP. First, I thought Trump’s purpose was destroying the GOP. He accomplished that the minute Jeb Bush suspended his campaign after Super Tuesday. It wasn’t until Cruz and Kasich’s conveniently timed exit that exposed a more consorted effort to make Trump the nominee. According to RNC rules, if either Kasich or Cruz stayed in for one more primary, they could’ve had a legitimate contested convention.

However, they both dropped out right before the primary that would make that possible. Curious, isn’t it? Especially since Cruz refused to endorse Trump at the Republican convention.

Tipping the Scales. It’s as if a conscious dismantling of the establishments began with the GOP. The DNC has seen some shake-up, but nothing to the extent of the GOP…yet. The Republicans had 17 contenders a year ago and the only one to gain traction was the guy with zero political experience, acts like a 5-year-old, and lashes out on Twitter like a thin-skinned crybaby. 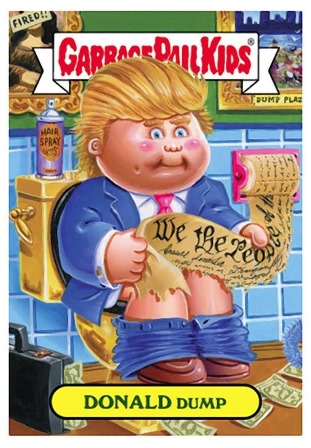 Herding the Cattle. One way to corral support is for one nominee to have an epic public meltdown. Let him espouse racial epithets. Add hate, fear, and discrimination to the party platform and, ultimately, you’ve made support of said nominee regretful, embarrassing, and/or unconscionable.

Even still, some supporters are stuck to him like barnacles. Barnacles are a bitch!

The Ridiculous Decision. Nobody likes voting for people they don’t trust. Most voters believe politicians and trust are mutually exclusive. That’s Clinton’s biggest problem and that’s probably why Trump is so incredibly bad. Trump demonstrates daily why he’s not trustworthy while Clinton battles years of character attacks, lies, and political spin. Clinton has to be the most corrupt politician with the shortest rap sheet.

Republicans have spent many more millions investigating Clinton than they approved for the full investigation into 9/11 and the subsequent production of the 9/11 Commission Report.

Hindsight is 20/20. History is written by the victors. Question everything and you begin seeing possible explanations of why we’re in this massive political cluster.

It would take an unthinkable bipartisan effort to fix America’s political crisis. It would take an even more unthinkable global cooperation to fix worldwide economic crime. If what I believe about SAP, international governments, and U.S. dollars is true, then the fix is in. We just don’t know it yet. Could this be the October surprise?

For starters, the timing of Paul Ryan’s appointment as Speaker of the House which happens to be #3 in line for the presidency.

Endless extensions for the release of Clinton’s private server emails concerning the Special Access Program classification. (December 31, 2015 to January 31, 2016 to February 29, 2016 when the FBI finally elevated responsibility to the DOJ).

Were the emails on a private server in order to be exposed in the first place? The same could be said for Snowden. How did her private server get exposed? The Benghazi investigation, of course.

Anyway, I digress. There’s something brewing in Washington and it’s only a matter of time before this simmering mess boils over. And it’s about time.

Americans are better than this.

If you haven’t succumbed to election fatigue, you’re a sucker for punishment. I am sick of the charade. It’s insulting.

The arguments aren’t worth having. Not at this point. Not anymore. It’s not worth losing relationships with your friends and family.

Sit back and let it all unfold. Meanwhile, live life. Focus on things that matter. Spend time with those you love. Make those around you smile. Stay true to yourself despite the political turmoil. It’s all bullshit.

Your only political responsibility is to show up for election day and vote your conscience. By now, the decision should be clear.