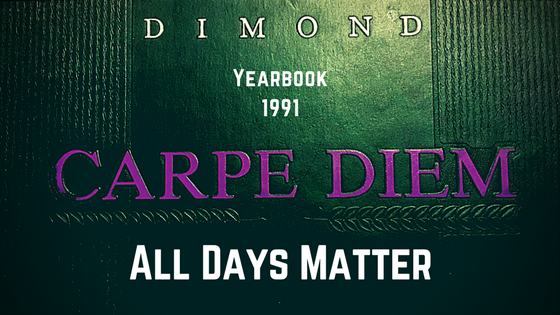 My brain is messy spaghetti. It’s as dense as a beaver dam with a slow trickle. Coloring loosens my noodles.

Now, anyone can blow a bunch of positive reinforcement in your face. That’s not my intent. I take my responsibility to write something worth reading very serious. Sometimes it’s meaningful.

This August will mark my third year in Arizona. My ex-partner, Brad, and I co-founded a company in 1999. In 2014, we were acquired by, and relocated for, a Scottsdale-based something.

The transaction can be summed up with one word: Fraud. Stay tuned, more on that later.

Within a year, I was laid off. The CEO required Brad to escort over 30 employees, one-by-one, to their termination meeting and out the door – myself included. All the while, the HR director and CEO hid in their offices.

I began writing immediately after the layoff. I built a timeline of events since the beginning of 2014.

Then, the snowflake became a snowball.

Months of ongoing harassment continued to escalate against Brad after the layoff. He was effectively terminated the following week.

One day at a time

Since then, we’ve swirled in a pool of juxtaposed emotions trying to make sense of how this became our reality. Confusing facts, from the past, began making sense, while ongoing developments rolled out.

As time passed, we began to see this was far more complex than a bad business deal. There was a plan in motion way before we sold.

That plan got fucked the fuck up.

It’s amazing what you can learn with a lot of patience, commitment, time, and a loyal friend.

Looking back, I have strength that I never had to find before because I was going to hit new lows. I’m still struggling. I’ve also become more enlightened, and that’s a great feeling.

I’m not quite sure how Brad feels. I’m kidding. What I meant was, I’m only speaking for myself.

That’s me, seizing my day and I will seize more

The above wasn’t what I intended to cover when I chose Seize the Day. That was a different day.

I’m going to switch gears here because that’s what I do.

Carpe Diem was the motto on my 11th grade yearbook

I knew my yearbooks were in my home office, somewhere in a messy pile of boxes. The pile of boxes, I haven’t unpacked, that my dog raids when I’m not looking.

That’s how she seizes her days.

Seize the Day was a natural choice because, well, Carpe Diem. I’ve lived in the moment a million different ways. I was looking forward to reflecting on my younger years. Back when I believed I was going to make a difference besides working at Blockbuster.

Wow! What a Difference! 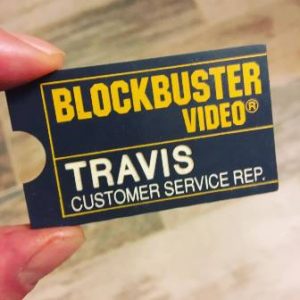 And then, I saw a sobering message on Facebook

Early February, a friend of mine unexpectedly passed. He lived in Milwaukee and his name was Jeff. For years, Jeff and I went to the same gym and we’d often run into each other socially. I lived in Milwaukee for 22 years during a very social time of my life. He was someone I will never forget.

I was introduced to Jeff by a friend who also worked with me at the company, but long before we sold. I reached out to her once I heard the news. He had a heart attack on his bike while trail riding. He was my age.

In her final response to me she said, “Carpe diem, my friend. Hope you are well. xo.” 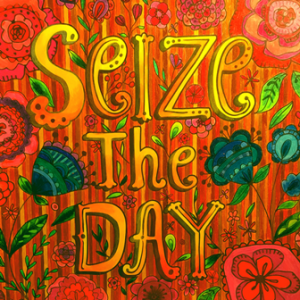 A week later, and even closer to home

I miss many things about my old company, but the office staff takes the cake. I worked with some of the most dedicated and happy employees.

We changed peoples’ lives. We gave opportunities to people in circumstances that a lot of companies won’t accommodate.

I didn’t realize how different and special our group was until I moved to Scottsdale.

Forest died less than a month ago. He was 49. He was found in a Milwaukee hotel room after not returning home the night before. He had three little boys who would come to the office occasionally.

He was the best inside sales rep a company could ask for. He was polite, humble, kind, and a very special man who had demons.

I wish we never had to let him go.

When I heard of his passing, I couldn’t stop thinking about how things could be so different if the situation up top never happened.

It never should have happened.

We were a close knit group. If someone needed support, we provided support. That’s what families are supposed to do.

How hard is it to support someone? Not hard. It’s not hard at all. You know who it’s hard for? Sanctimonious people and that Scottsdale-based something.

This will all come full circle, I promise.

Do you believe, in heaven above?

The minute I dusted off my high school yearbook from 1991, a thought hit me upside the head. I felt this overwhelming sense that caused goosebumps all over my upper back, down my arms, and down my legs.

Seeing that green cover and those purple words triggered a memory I’m ashamed hadn’t occurred to me until that moment.

I don’t remember exactly when she was diagnosed with leukemia, but my friend Jodi Hill was a fighter. I met her in Junior High. She was best friends with my close friend, Christy. Wherever you saw one, the other wasn’t far away.

I sat down with the yearbook, thinking about Jodi. I opened it to find her picture, and something fell out and onto the floor.

Touched by an angel

Wow! What a Difference!

Jodi and I became a lot closer our Junior year. That’s the year my social life was boosted by the fact I turned 16. That means one thing: Driver’s license. The next week, I bought a car to match, which I paid for by working at Blockbuster.

Toward the end of our Junior year, Jodi and I were talking about how great it would be if she could get a summer job at Blockbuster. By then, I was in good with the manager. It took about two seconds to convince her to hire Jodi.

We’d work shifts together and lament about how great it was going to be seniors – finally! She wasn’t sick anymore. Or at least, if she was, I didn’t know.

I left for a week to participate in a volleyball tournament in Florida. Upon my return, I showed up for work, and was told that Jodi was in the hospital.

Things weren’t so great after all.

Jodi died that summer. She was 17.

A friend’s mom called to ask me to be a pall bearer at Jodi’s funeral. I didn’t know what that meant. She explained what it was and made some suggestions on what I should wear.

I hung up and started crying because I didn’t have anything she suggested. My next call was to either my step-mom, or a friend’s mom. I can’t remember, but I was still crying about being asked to be part of Jodi’s funeral and not having appropriate attire.

I was shutting down. I didn’t know how to cope with Jodi’s death. My first instinct was to not go to her funeral at all, because of a stupid suit. No 16-year-old should have funeral attire.

This is one of the hardest things I’ve ever written. This is how the past couple years have been, in some strange, connected way.

I’ve either been tuned in to coincidence like never before, or I’ve been touched by an angel. Touching that that yearbook, coupled with Jodi’s obituary falling out, it sure sent a solid message through my body. Whatever you call it, the feeling was as real as the emotions running through me right now.

I guess if there’a a point to all this, my younger self would remind my older self of a very simple thing.

4 thoughts on “Seize all your days”