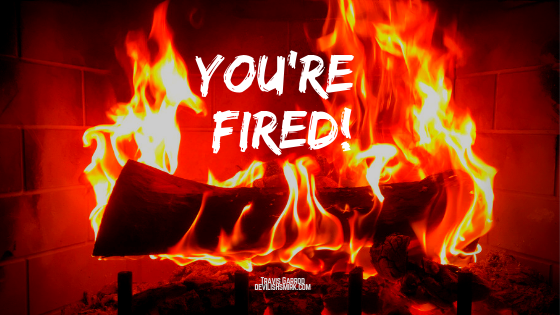 It Takes a Village

“Let them see you bleed.”

I will never forget the words, or the magnificent woman who took the time to say them to me in late 2015, after I read an article she wrote about entrepreneurship.

Thank you, Tammy Bleck, for planting early seeds for my botanical growth.

To everyone else, blame her.

My Journey Becoming a Writer

Life isn’t meant to be simple, but I don’t believe it’s meant to be repetitively difficult.

That’s what happens when we all (willingly or not) have one foot stuck in our country’s sphincter, which is worse than quicksand. It’s the political equivalent of being stuck, waist deep, in the mudflats of an inlet, just hours from high tide.

All you can do is watch – and hope – that some kind soul will risk life and limb to cut off your legs in order to save your life.

A writer’s words stem from their own close encounters with painful times. Even the joyful ones.

In reality, it was crumbling well ahead of my consciousness of the crisis, and one I haven’t successfully resolved…yet.

At first, I looked for a job, but my heart wasn’t in it. I was freshly flung from my front row seat watching the rapid evaporation of the company I co-founded in 1999.

We sold in 2014 and I relocated to Arizona after accepting a position with the new company. Within 11 months, I was retaliated against.

Time wouldn’t allow me to “move on” until I understood aspects of my past that were either hidden from me, or otherwise done to me while I wasn’t paying attention.

Want to talk about privilege? Privilege is when you’re comfortable enough to let your guard down regardless of the circumstance.

What’s an Unemployed 40-year-old to do?

Take a step back.

On March 7, 2015, I attended a spring training game with the CEO. On March 9, 2015, I received the official complaint about the CEO. By April 14, I had no job. Regardless of the fact that, within those 11 months, I was promoted twice.

The skills I developed up until the day I was fired, grew from necessity, not love.

For a while, it felt like failure. Until time equipped me with a new perspective.

Turns out, it was the best, worst thing that ever happened to me.

That’s the worst (most simple) advice. It’s convenient and lazy and indicates the lack of interest to understand someone’s situation.

Misunderstanding your past doesn’t fix anything. In my experience, dismissing a situation so quickly is peculiar behavior. It usually indicates something’s not right.

One Foot in Front of the Other

Here in an instant, gone in a flash. What have I done to deserve this?

Life took a hard swipe and knocked me off my feet and left me leaving a six foot dent in the ground.

Today, I find myself clawing my way out of a pile of ashes with no financial stability within reach. I’m a living, breathing Phoenix cliché. (Technically, I live in Scottsdale.) As hard as it’s been, I keep my head up. I will get there – or die trying.

That’s what it took for me to realize that my life was meant for more than a supporting role. Making something out of nothing is my only option.

At the end of the day, I want a roof over my head and my dog. All roads lead to there. That’s how it has to be. I didn’t make the rules.

If you want a life of candy, you have to crush it.

Silence speaks volumes, but so do I

I was raised understanding if I want something, I have to work for it.

Heigh-Ho, Heigh-Ho, Off to Work I Went

My first job was a paper route for the Anchorage Daily News. I was 11 and my parents were fine with my new responsibility. After all, I was the one getting up at 5:00 a.m.

At age 14, I had options. I was ready for the wonderful world of fast food! After assuring my parents that Arby’s wouldn’t interfere with my homework, they allowed me to enter the workforce. Arby’s led to TCBY, and TCBY was next door to Blockbuster, but they couldn’t hire me until I was 16.

Wow! What a difference! Blockbuster Video!

I finished my high school years at Blockbuster and I only quit that job because I left the state to attend the University of Wisconsin – Milwaukee (UWM).

Off to School I Went

I took a break from work my freshman year of college as I was busy keeping my head barely above academic probation. I received my one (and only) “F” that year. Math wasn’t my strong suit.

By the end of my freshman year, I hadn’t declared a major. All that mattered to me was that I had friends, I had fun, and I liked this new life.

Heigh-Ho, Heigh-Ho, Back to Work I Went

I spent the summer of 1993 commercial fishing near Kodiak island off the coast of Alaska. It was the longest, short stint of my life, but it paid well. It was rough work and I appreciate what that experience did for me.

1993 wasn’t a great time to deal with being gay, much less in a place as isolated as Anchorage, Alaska.

Feeling like an outcast in Wisconsin was enough, and that flame was burning hot and fast. What Wisconsin had over Alaska was that none of my family lived there.

There’s a lot to be said for confidence that stems from a fresh start; one from which you cannot be shamed into submission.

I can’t remember exactly when I declared myself a Journalism major, but there was a deadline and I didn’t want any more math classes.

My sophomore year, I worked at a campus night club. Also that year, I became a Housefellow (Resident Advisor) for UWM’s Department of Residence Life (DRL).

I spent two more years living (and working) in the dorms. But unlike the previous two, I was responsible for the behavior of 70-80 others.

The Journalist in Me

Newspapers are a recurring theme in my life, although I never wrote for one like Clark Kent. I landed a position in the Milwaukee Journal Sentinel’s marketing department through a temp agency.

I graduated in 1997 with a Bachelor’s degree in Journalism supported with a bouquet of public relations classes.

After graduation, I was offered a job at a small marketing firm. For two years – I wrote and edited for corporate publications. After a very brief stint at Manpower, I resigned to start et alia, llc. with Brad Nicolaisen.

Passion is rooted in love, and I love writing. I love everything there is about storytelling and the emotions they trigger.

I started my journey by starting Devilish Smirk, and this summer marks its fourth year anniversary.

If anything it’s been one hell of a way for me to organize my thoughts. My notebooks look like a toddler got a hold of them.

Some hit a little too close to home, but life is messy like that. Nobody’s perfect and anyone who claims otherwise is full of shit.

When I was 24, the decision to start a company was easy. It was a no-brainer! Why? It’s simple. I was naïve as fuck.

When I was 40, it took me becoming unemployed to consider writing. I finally hit the “now or never moment”, and I chose now.

Regardless, what’s done is done. I feel like I understand strife in life. At least, I think I do.

I only know how I feel.

Sometimes I feel like the only person in my head, and that scares me. I doubt myself a lot and when I do, I always return to the same place:

I didn’t come to exist and settle for anything less than the best.

Shit or get off the pot!